RICERCA
YOU ARE HERE: HOME

Simplified guide to the historical
quarters of Cagliari.

The idea of creating a simplified guide to the historical quarters of Cagliari was conceived by a group of 20 boys and girls from Anffas Nonprofit in Cagliari, who were a part of the WE for Art programme where they were followed by an Art historian/teacher.

The project started in 2006 and aimed at spreading the knowledge of neighborhoods of Cagliari from a historical, architectonical, social and environmental point of view.

Thanks to the project, the boys and girls got to study the monuments and work as tourist guides during the Open Monuments (Monumenti Aperti) event.

This is an event organized every year by the cultural association Imago Mundi. In the following years the boys and girls worked as guides in the Basilica of St. Saturnino and the National Picture Gallery, with the collaboration of the Museum Centre of Sardinia, presenting the work of art Predella of St. Lucifer.

During this phase of study, it became apparent how difficult it was for the boys and girls to locate a guiding instrument that was accessible and easy to all.

From this difficulty emerged the need to try and write a guide to the monuments of Cagliari that uses a simplified writing (easy to read).

The concept was made possible with the endorsement of Fondazione di Sardegna. 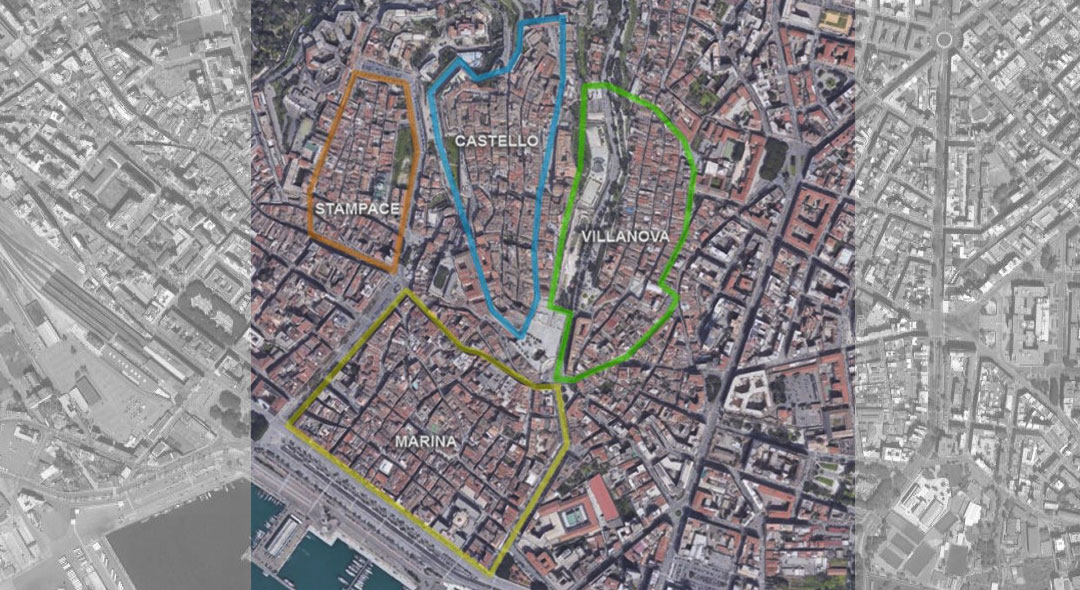